How Your Baby Helps During the Birthing Process

Babies use a set of coordinated movements and specific reflexes that allow them to participate in the birthing process. Adriana Lozada explains how this fascinating process works, and how it helps.

How do you feel you and your baby work(ed) as a team during pregnancy and labor? Let us know the details on social media @birthfulpodcast.

How Your Baby Helps During the Birthing Process

Adriana Lozada: I’m Adriana Lozada and you’re listening to Birthful, and today I’m taking about 10 minutes or so to dive deep into a topic that I find fascinating. This week, it’s gonna be how your baby helps during the birthing process. And yes, you heard me right. Your baby helps during the birthing process because they have to figure out how to wiggle and get through the tight squeeze that is the birth canal. And truthfully, it’s a constant conversation between their body and your body, your uterus, to figure out what positions they have to get into and how to best navigate that.

However, in essence, the journey is kind of the same for all babies. It involves getting into the pelvis, working their way down, and then navigating the curve created between the tailbone and the pubic bone so that then they can make their grand exit. In terms of an optimal starting position, we usually think about a baby that is head down with their back towards your front, so in an anterior position, and even anterior left, so anywhere with their back towards your left front side can be easier for the birth to flow. That isn’t to mean that if they’re on the right side they can’t be born, or if they’re posterior, so with their back to your back, they can’t be born. It just means that it’s gonna take a little bit more wiggling and a little bit more time to get into the position that will allow them to come out.

So then, once labor approaches or gets started, some of the very well-known movements that babies make to help be born are what are called the seven cardinal movements of labor. The first one is called engagement and that happens when your baby drops into the pelvis, and you might see this happen towards the end of your pregnancy. You see the belly, like, “Oh, I dropped.” It’s also known as lightening, but sometimes it doesn’t happen until labor starts.

The second cardinal movement is descent, and it’s really a continuous occurrence. The baby descends to engage into the pelvis and then keeps descending all the way out, and that descent is usually measured by determining what’s called the baby’s station.

The third cardinal movement is flexion, which just means that the baby’s chin is flexed into their chest, and the purpose of this is to have the top of the head, the crown of the head, be the leading part as they go down the birth canal. And that has a smaller diameter, so really, it’s about being gentle into showing a smaller part of the head, and that flection is kind of initiated by that conversation with your tissues, because as the baby is descending and your tissues are hugging their head, the normal movement is to have that chin tuck as their head is enveloped, kind of like imagine putting on a turtleneck. You don’t put your turtleneck… It’s more difficult if you keep your head straight when you’re doing your turtleneck. You tend to flex as the turtleneck is coming down.

Now, usually the top of the pelvis, the inlet, tends to have more space side to side, and then the outlet, the bottom of the pelvis, tends to have more space front to back, and so babies usually as they’re getting into engaging into the pelvis, they might be looking towards your hip, because their head is sideways. And that’s independent from the body, right? The body does follow, but their body can still be towards the front with the head to the side because our heads rotate. So, they come in looking towards the hip.

And then, when they get to the mid pelvis, the fourth cardinal movement is one of internal rotation. They have to rotate that head so that then it’s aligned with the pelvic outlet that they are arriving at, which is wider front to back. And ideally, the head is rotating in a way that’s the back of their head is towards your front.

After internal rotation, the next cardinal movement is extension, when babies extend their heads back, again, to navigate that curve between the pubic bone and the tailbone, and that really is when you’re like, “There’s baby.” And you’re definitely pushing, and you can start seeing some of baby’s head coming out. Then the head comes out and then you have external rotation, which is where the baby rotates so that the shoulders can align front to back with that wider outlet.

But that’s not all the ways that babies help to be born. They also have some reflexes that help in the wiggling down and out through the process, and you will see these reflexes once your baby is born, because they still have to manifest to provide coordination and later be integrated into great, purposeful movements, like crawling, or walking, or skipping, and babies have a bunch of primitive reflexes. One is the asymmetric tonic neck reflex, also known as the fencer, and this is what helps babies corkscrew out of the birth canal, and it basically… When you have their head moved to one side, the leg and the arm on that side extend and the leg and the arm on the other side bend so they look like a fencer, right? On guard! That kind of position. So, they can do that so that helps them rotate through the pelvis.

And there’s another reflex that also comes into play to help with that, which is the Perez reflex. So, the vaginal canal is stimulating both sides of the spine, and so they’re gonna want to extend their head and extend their sacrum, like move their butt out, and this makes them form into an S shape, which is really nice, because they’re further down. They have descended quite a bit into the pelvis and are basically at the outlet. And at this point, a large part of their bodies is out of the uterus. A lot of it is in the vagina. So, this unfurling of this S shape brings us into pretty much my favorite reflex, which is the stepping reflex.

Now, the stepping reflex, you’ll see it with your newborn. If you stand them up and something comes into contact with their feet, they’re gonna push off and bounce, and you can have them bounce, bounce, bounce on your lap. If you do it more gently, they will simulate walking. So, one foot will come up, the other foot will come up, and it’ll be more of an asymmetrical movement. But if you do both at the same time, there’s this bounce, bounce, bounce that happens. So, as they are unfurling themselves out of the uterus, into the vagina, and so your uterus has more access to the bottom of their feet and is contracting against the bottom of their feet, they’re gonna bounce against it, in essence trying to launch themselves out of your vagina.

So, while the baby is activating that stepping reflex as your uterus touches the bottom of their feet, your body, if you have been supporting physiology and have immense surges of oxytocin going through your body, you’re gonna have these really great, strong contractions that are helping do the seventh cardinal movement, right? The expulsion of the baby. And this is a reflex that your body has, which is the fetal ejection reflex, basically to involuntarily expel your baby out of your body. If you do support the physiology, then you might get a chance to experience that fetal ejection reflex.

So, then, how can you help your baby as they move through the birth canal? During the birth, you can mimic what your baby is doing and move, move, move, move. Even with an epidural, move as much as you can, because that is gonna create more space and openings for baby to wiggle. Remember that gravity is your friend, so use upright positions to help baby come down. And then if you do have a vaginal check, ask about more than dilation. What’s your baby’s station? Where are they at? That will let you know if the baby is coming down, and if not, why not. And remember, if your baby doesn’t start in the best position, then move, move, so that you can give them more space to switch into a position that will allow things to flow better.

Also, remember that your baby’s bony plates of the head are not fused so that it can mold and let them go through tighter squeezes, and that you have relaxin going through your pelvis so that your pelvis can also create more space if needed. But if you want to create space, you gotta move, move, move.

You can connect with Birthful on Instagram @BirthfulPodcast, and to learn more about Birthful and my birth and postpartum preparation classes, go to Birthful.com. A big shoutout to Barbara Harper and Pat Predmore for answering my questions for this episode.

Birthful was created by me, Adriana Lozada, and is a production of Lantigua Williams & Co. The show’s senior producer is Paulina Velasco. Jen Chien is executive editor. Cedric Wilson is our lead producer. Kojin Tashiro is our associate sound designer and mixed this episode. Thank you for listening to and sharing Birthful. Be sure to subscribe on Apple Podcasts, Goodpods, Amazon Music, Spotify, and everywhere you listen, and come back next week for more ways to inform your intuition. 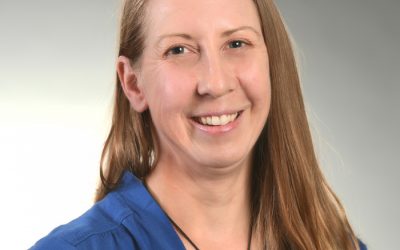 What Does Your Poop Have to Do With Your Baby’s Microbiome?

Professor of microbiology and researcher Dr. Anne Estes talks with Adriana about how your gut microbiome (not just your vaginal microbiome) plays a critical role in seeding your baby’s microbiome during birth, and what you can do about it. They discuss whether... 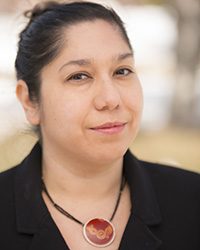 [Birth Story] How She Proactively Avoided Having Another Traumatic Birth

After an eye-opening, traumatic, and abusive first birth, Toni DeAztlan-Smith was determined not to repeat the experience. Toni tells Adriana how she proactively took matters into her own hands and ended up having a powerfully healing birth. She also shares how she... 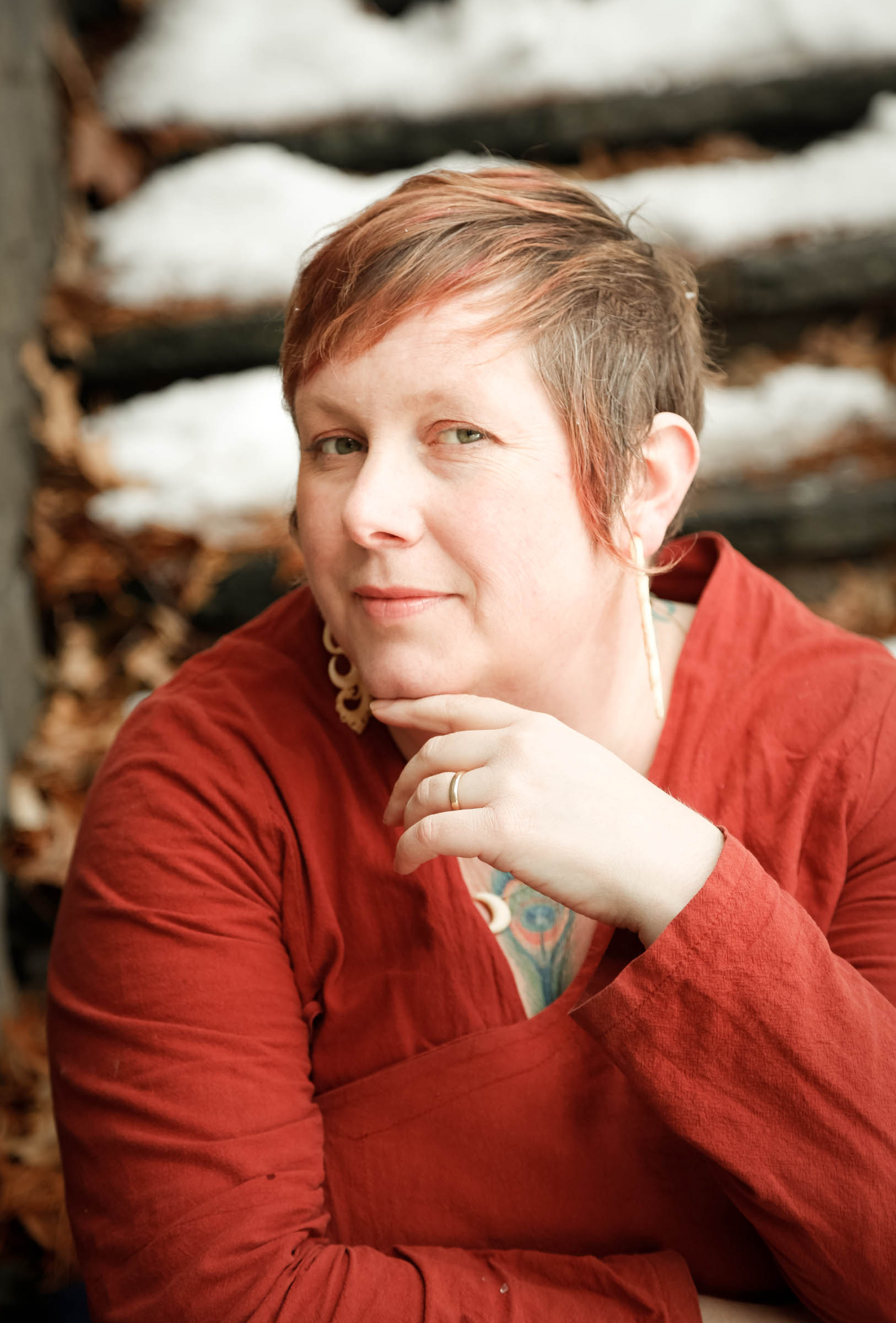 Herbs are micronutrient powerhouses for your immune, nervous, and endocrine systems, but some of them may not be recommended during this time of your life. Kathleen Mugnolo talks with Adriana about how you can figure out which ones are right for YOU, as well as...