How Long Should You Wait to Clamp the Cord?

Adriana Lozada shares facts about the magnificent protective and self-clamping abilities of the umbilical cord. She also explains why there’s still disagreement in the medical field about how long to wait.

Did you know that the umbilical cord is self-clamping? Tell us on Instagram @birthfulpodcast!

Follow the “Wait for White” campaign, to stay current on research and policy regarding optimal cord clamping. Their organization aims to educate about the benefits of optimal cord clamping, including establishing healthy iron stores and lessening the risk of iron-deficiency anemia.

How Long Should You Wait to Clamp the Cord?

Adriana Lozada: I’m Adriana Lozada and you’re listening to Birthful, and I’m here today just like every other week, on my own, taking about 10 minutes to talk to you about a topic that I’m really passionate about and I want to dive deeper into. This week, it’s delayed cord clamping and you’re probably gonna know way more than you wanted to know about the umbilical cord by the end of this episode.

So, let’s first look at cord physiology. The cord goes from the abdomen of the baby to the placenta, but its length is on average around 40 to 60 centimeters long, which is a bit over half a yard, although they can be longer or shorter than that, and then in terms of how wide it is, it’s about one to two centimeters, which is an average of half an inch. Now, inside the umbilical cord, you have two arteries and one vein, and the arteries bring blood from the placenta to the baby, and the vein takes the refuse back from baby to the placenta. Those arteries and the vein are wrapped in what’s called Wharton’s jelly, and that’s named after Thomas Wharton, who “discovered” it in 1656, and Wharton’s jelly is a marvelous substance that protects the vein and the arteries, and it keeps them from being compressed. This allows the baby to move around in the belly, to even make knots in the umbilical cord, for the cord to be kinked, to be pressed, and still the vein and the arteries remain protected so that the blood can continue to flow.

Now, I said Wharton’s jelly is a magnificent substance, and here’s my favorite part of it. It is self-clamping, so what happens is as the baby is born and the cord is pulsating and the blood’s going back and forth, and then it slowly stops pulsating, that quick temperature change to the umbilical cord forces the Wharton’s jelly to compress, and it usually happens over a period of five minutes, which totally makes sense because we’re not born with clamps, so somehow nature has to take care of it, and it does through Wharton’s jelly. It self-clamps.

The other thing about the umbilical cord is that it’s really springy. It allows for stretchiness and it’s more recently harvested as an increasingly popular source of stem cells for cell therapy. It’s that amazing.

So, then on the topic of immediate cord clamping, where does this come from? When I went through the research, I found something really interesting, which was that in 1801, Darwin’s grandfather, Erasmus Darwin, wrote, “Another thing very injurious to the child is the tying and cutting of the naval string too soon, which should always be left till the child has not only repeatedly breathed, but till all pulsation in the cord ceases, as otherwise the child is much weaker than it ought to be, a portion of the blood being left in the placenta which ought to be in the child.” That was 1801. Now, the practice of clamping instead of tying the cord started in 1899 with the creation of the midwifery surgery clamp, and it grew in popularity, but the advice given to clamp when it has ceased to pulsate, that part was ignored. And then in the ‘60s, the practice of active management of third stage started in earnest, which is a three part management, is one, you get drugs to contract the uterus. Two, you clamp the cord, and then you do cord traction, and maybe that immediate clamping was trying to create a sort of handle so that you could do the traction on the placenta.

Lozada: So, as you can hear, delayed cord clamping has been something that’s been recommended for many, many years, but change is slow and it’s because when you always do something one way, it’s hard to change it. It is recommended nowadays by the American College of Obstetricians and Gynecologists, by the American Academy of Pediatrics, the American Certified Nurse Midwives Association, the World Health Organization, the Royal College of Obstetrics and Gynecology, like pretty much everybody says yes, delayed cord clamping, you should wait. You shouldn’t clamp it immediately.

So, why? What is the benefit of delayed cord clamping? It’s that the babies will have smoother transitions while still being provided of oxygen, because as long as that blood is pulsating, then there’s oxygenated blood going into their bodies, right? And it allows a lower relative risk of developing infant respiratory disease. The other thing is as the baby is born, about a third of their blood volume is still left in the placenta, and letting it pulsate, letting it continue to transfuse allows the baby to get all their blood volume, and that blood volume accounts for about three months worth of iron stores, which also reduces the chances of low iron in the newborn or newborn anemia.

Aside from all that, this is a blood that is rich in stem cells, which can aid in disease over lifetime, and some research says that it may even increase neurodevelopment, helping with social and fine motor skills later on if it’s delayed for three minutes or more. Premature babies especially benefit from all of this. In terms of the risk, there might be an increased chance of jaundice, but what the research says is that that increase is very low and truthfully it outweighs the risks. The benefits of delayed cord clamping outweigh the risks because jaundice is so easily treatable.

Lozada: So, let’s talk about the timing of this delayed cord clamp, like what does delayed mean? First, let’s take a step back and understand that when we’re talking about the immediate cord clamping that more generally has happened for many years, immediate meant within 10 to 15 seconds or earlier from the baby being born. So, it’s like baby just came out, first thing you do is clamp. That was immediate.

So, anything longer than that is considered delayed. The Association of Certified Nurse Midwives recommend two to five minutes and the World Health Organization talks about at least a minute. With the Royal College of Obstetrics and Gynecology saying one to two minutes. And we know that within two minutes, about 70% of the blood has transferred. However, we’re not all cookie cutter, and so one of the things that is often, I see often in birth plans, is wait until the cord stops pulsating. But I find that that’s really subjective unless you yourself put your hand on that cord and feel it to see if it’s pulsating, if you find a pulse on it.

I like to follow the visual cue of the Wait for White Campaign. When the baby comes out, you can see the arteries and the veins in the cord are full and the cord is… You could almost watch the pulsation, and there’s a color to it, and it’s taut like a fireman’s hose. As the time progresses and things stop pulsating, and then the Wharton’s jelly liquifies, you can see it go flat, and limp, and it gets silvery white. So, when you have the conversation around the timing of clamping the cord or when you include it in your birth preferences plan, do make sure you get specific about your wishes, because the words delayed or until it stops pulsating can mean different things to different people.

You can connect with Birthful on Instagram @BirthfulPodcast and to learn more about Birthful and my birth postpartum preparation classes, go to Birthful.com.

Did you know that Birthful has a weekly newsletter filled with tips, insights, calls to action, and relevant news? And when you sign up, you get free access to download my postpartum plan workbook. Go to Birthful.com/newsletter to sign up today.

Lozada: Birthful was created by me, Adriana Lozada, and is a production of Lantigua Williams & Co. The show’s senior producer is Paulina Velasco. Virginia Lora is the managing producer. Cedric Wilson is our lead producer. Kojin Tashiro mixed this episode. Thank you for listening to and sharing Birthful. Be sure to subscribe on Apple Podcasts, Amazon Music, Spotify, and everywhere you listen. And come back next week for more ways to inform your intuition. 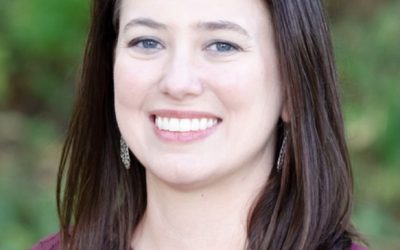 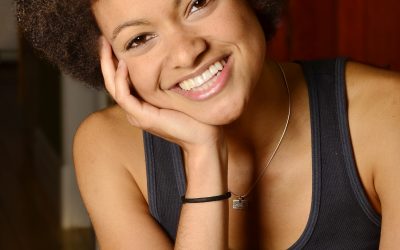 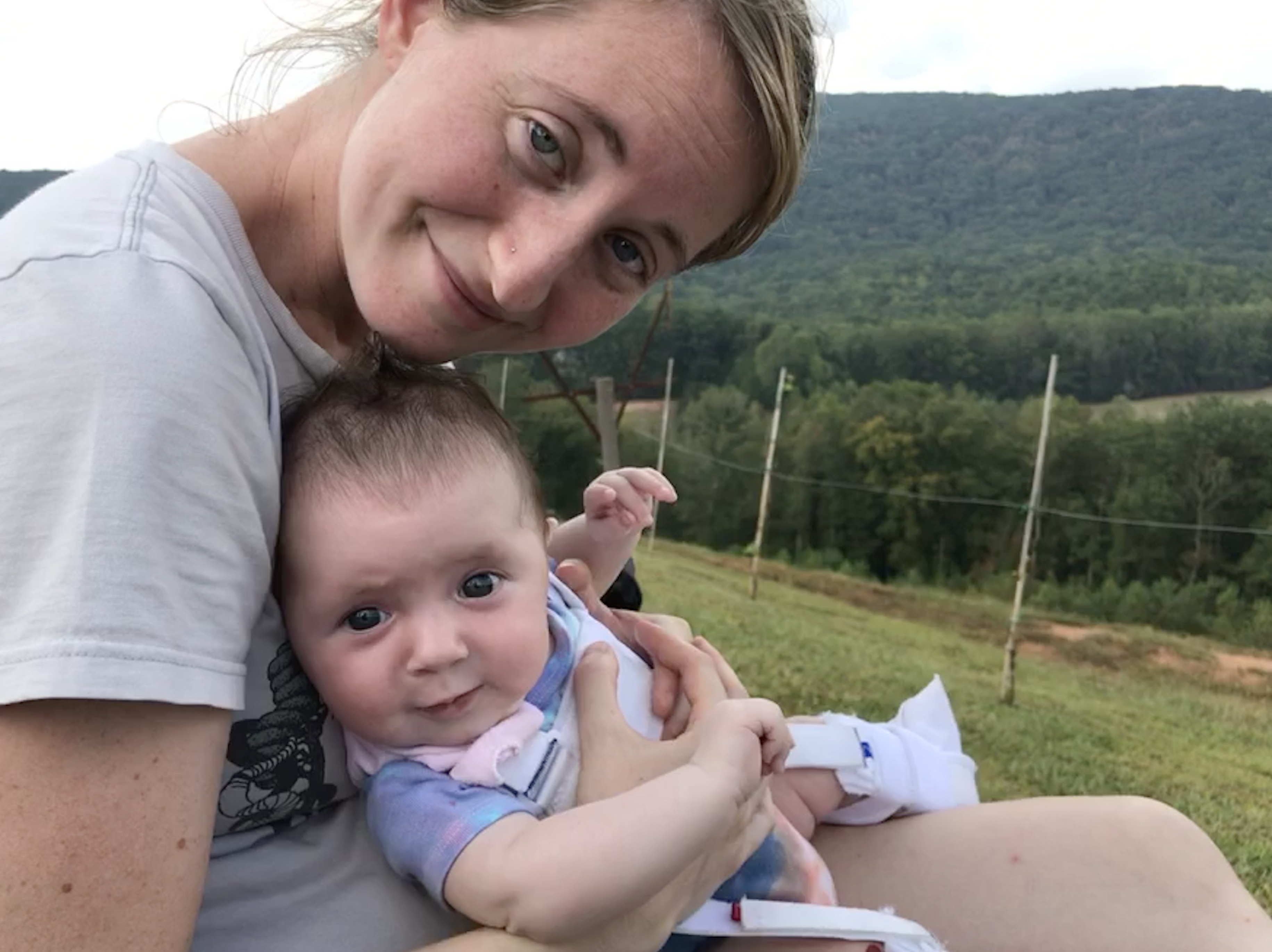