Adriana Lozada lays out how hyperemesis gravidarum (HG) is not just a bad case of morning sickness, but a severe and debilitating condition. She also offers practical advice on how to deal with both.

Where did you find yourself, on the spectrum of pregnancy sickness? Did you have some nausea, or hyperemesis gravidarum? Tell us on Instagram @birthfulpodcast.

In current events (February 2021), the Black Maternal Health Momnibus Act has been introduced! This historic piece of legislation consists of twelve individual bills, each with goals to address systemic factors that contribute to the rate of death of Black birthing people in the perinatal period being 3-4 times higher than that of their White peers. This legislation is endorsed by The March for Moms and they are encouraging citizens to tweet their support @BMHCaucus on Twitter, and you can also sign up for updates from the Black Maternal Health Caucus on their website.

Adriana Lozada: Hello, mighty parents and parents to be. I’m Adriana Lozada and you’re listening to Birthful, and today, just like every other week, I’m on my own, taking about 10 minutes to talk to you one-on-one about a pregnancy complication that is not talked about that much, but if you have it, basically it consumes your life. I’m referring to hyperemesis gravidarum or HG for short. Now, if all the pregnancy tropes and cliches have taught us anything, it’s that morning sickness is an expected part of early pregnancy. It is, in fact, about 70 to 80% of pregnant people will experience some level of nausea or vomiting during their pregnancy.

And if you’ve experienced morning sickness, you know it’s a misnomer, because it can happen at any time, and more often than not it comes and goes continuously throughout the day, or night, or at any time, right? Now, what I dislike the most about these tropes is that they minimize and trivialize the wide spectrum of nausea and pregnancy sickness that many people experience. Sure, some people may not have much nausea or vomiting, but for others, things can be so debilitating that they’re even dangerous, and when it gets to that extreme, then it becomes HG, which is by the way what the Duchess of Cambridge, Kate Middleton, has experienced with all three of her pregnancies.

So, hyperemesis gravidarum, which is Latin for extreme sickness of pregnancy, is the condition of experiencing such severe and debilitating nausea and vomiting during pregnancy that it can lead to weight loss of more than 5% of your pre-pregnancy weight, dehydration, electrolyte imbalance, and even anemia and malnutrition. Pregnancy Sickness Support describes having HG like having food poisoning and a hangover on a boat in a storm for several months. Yeah, that bad. I mean, some people report vomiting 25 to 50 times per day.

Now, the research tells us that HG occurs in about 1 to 3 pregnancies, classifying it as a rare complication, but remember how I said nausea and pregnancy sickness was a spectrum? If the symptoms are treated early enough, the severe nausea and vomiting may be managed so that it doesn’t get to a point of diagnosed HG. The reality is that about 10% of pregnant people experience severe vomiting, meaning vomiting more than a few times per day, and recent data says that about 16% of pregnant people take some sort of medication to address this.

And this is super important. If you are experiencing severe symptoms, don’t wait until you’re losing weight due to vomiting and needing IV fluids for dehydration before getting treatment. Be proactive, because early access to treatment can be more effective.

Lozada: So, when HG is full on, dehydration is a really big issue, and some signs of dehydration are having dry skin, feeling faint, dry mouth, not peeing enough. If that’s happening, it’s vital to drink whatever stays down. If you can’t keep water down, try something else, like juice, tonic water, lemon soda, even flat Coke. Whatever stays down. It might be helpful to try sipping through a straw or taking tiny sips to help you keep it down, and if that doesn’t work, freezing it and then just sucking on the ice cubes might help. If you’re still not able to keep down fluids, then maybe you can nibble on some fruit that’s high in water content.

Whatever you do, don’t delay in getting IV fluids if you’re dehydrated, because then you’re gonna spiral into bigger problems. Now, if drinking, keeping something down, is a huge problem, eating is of course even worse. What you have to do is eat whenever you can, meaning whenever you have a hunger window, and those can come on quick. And if you miss it, that can bring on a relapse, so eating during that hunger window is really important and it can also help you avoid a new episode of vomiting.

Try to carry foods that you are able to keep down, whatever that might be. Crackers, bananas, nuts, whatever works for you. And if you can’t eat much, this can lead to anemia and malnourishment, so don’t just power through. Talk to your doctor about it.

And speaking of things to carry with you, you may want to put together an emergency vomit kit, as lovely as that sounds, that includes airline-type bags. Then also some wipes, tissues, some bags for disposal, and some water for rinsing. Believe it or not, this can give you some sense of control and also minimize embarrassment, which may encourage you to get out and about more. And getting out and about is important, because people who experience HG or severe nausea and vomiting tend to isolate, which can in cases lead to depression. In fact, people with HG are eight times more likely to experience depression.

To help with your mental state, try to figure out what can lift your mood and do that if you can. Listen to podcasts with your eyes closed in bed if you can’t watch shows or read. Hint, hint. And talk with supportive friends that will listen or find someone who has experienced HG. And remember to take it one day at a time and celebrate each day you get through it.

Now, to minimize your symptoms, figure out your triggers and avoid those. They might not just be food aversions or strong smells, but even noises, or moving images, or bright lights. You probably may have to avoid cooking if you can, and if so, don’t feel guilty to ask for help. Now then, in terms of treatment, that’s also a broad spectrum. I’m not gonna say ginger, because that’s one you’ve probably heard thousands of times, but the wristbands that stimulate your P6 point on your wrist, non-blinded randomized trials have shown a decrease of persisting nausea by at least 50%, so they can actually help.

And in a very similar vein, acupuncture has also been shown to help, as well as self-hypnosis to cope with the system. All of that varies by individual. There are also a broad range of medicines that can help with the different symptoms and that’s way beyond the scope of this podcast, so talk to your care provider. We don’t give medical advice. Similarly, though, vitamin B-6 and B-1 seem to help.

Now, if you do get dehydrated, it’s common to have to go into the hospital for IV fluids or sometimes you can even arrange home care for an IV. I even had a client once who had such severe HG that they had to install a PICC line, which is a peripherally inserted central catheter, so basically a line that, a port that was in their body all the time because they were going to get IV fluids so often that they just had a quick line in there.

Take your symptoms seriously and know that you are not being dramatic, hormonal, or overreacting. This is real. Other things you can do are make sure you get rest, even though it can be tempting to try to catch up on life when you’re feeling better. Not resting can lead to another debilitating cycle. Regardless of where you are in the spectrum, we don’t quite know the cause for all this nausea and vomiting, so it might be genetic, or hormonal, or overall stress, who knows? And for everybody it might be different.

In terms of timing, both morning sickness and HG can start around four to seven weeks and peak around nine to 13 weeks. However, the morning sickness usually goes away after the first trimester, while people with HG may get some relief maybe around 14 to 20 weeks, although one in five have it during the whole pregnancy. If you have had HG before, you probably will get it again. It might be as strong or more severe as the first time. And understand that pregnancy is a depleting event, so focus on repleting your system before becoming pregnant again to hopefully lessen the severity of the new HG situations. And even if you aren’t planning to get pregnant again, it is important to create a replenishing plan with your care provider.

Know that you’re not alone. Figure out what helps. Develop your own coping strategies and ask for help. Having severe nausea and vomiting during pregnancy is super hard, and if anyone says that they also had “morning sickness,” make them listen to this podcast. You can connect with Birthful on Instagram @BirthfulPodcast, and to learn more about Birthful and my birth and postpartum preparation classes, go to Birthful.com.

Mighty ones, we want to know more about you, so we’ve created a survey. Go to Birthful.com/Survey and as a bonus for filling it out, you’ll be automatically entered to win a $100 AmEx gift card. Tell us what you think at Birthful.com/survey.

Lozada: Birthful was created by me, Adriana Lozada, and is a production of Lantigua Williams & Co. The show’s senior producer is Paulina Velasco. Virginia Lora is the managing producer. Cedric Wilson is our lead producer. Kojin Tashiro mixed this episode. Thank you for listening to and sharing Birthful. Be sure to subscribe on Apple Podcasts, Amazon Music, Spotify, and everywhere you listen. And come back next week for more ways to inform your intuition. 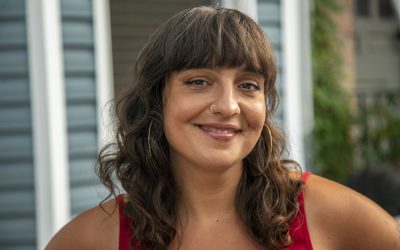 Is Homebirth for You?

Robina Khalid of Small Things Grow Midwifery explains what it takes to truly consider a homebirth, and shares with Adriana how to prepare for a successful experience. What myths or misconceptions do you have about homebirth? We'll unpack them at @birthfulpodcast on... 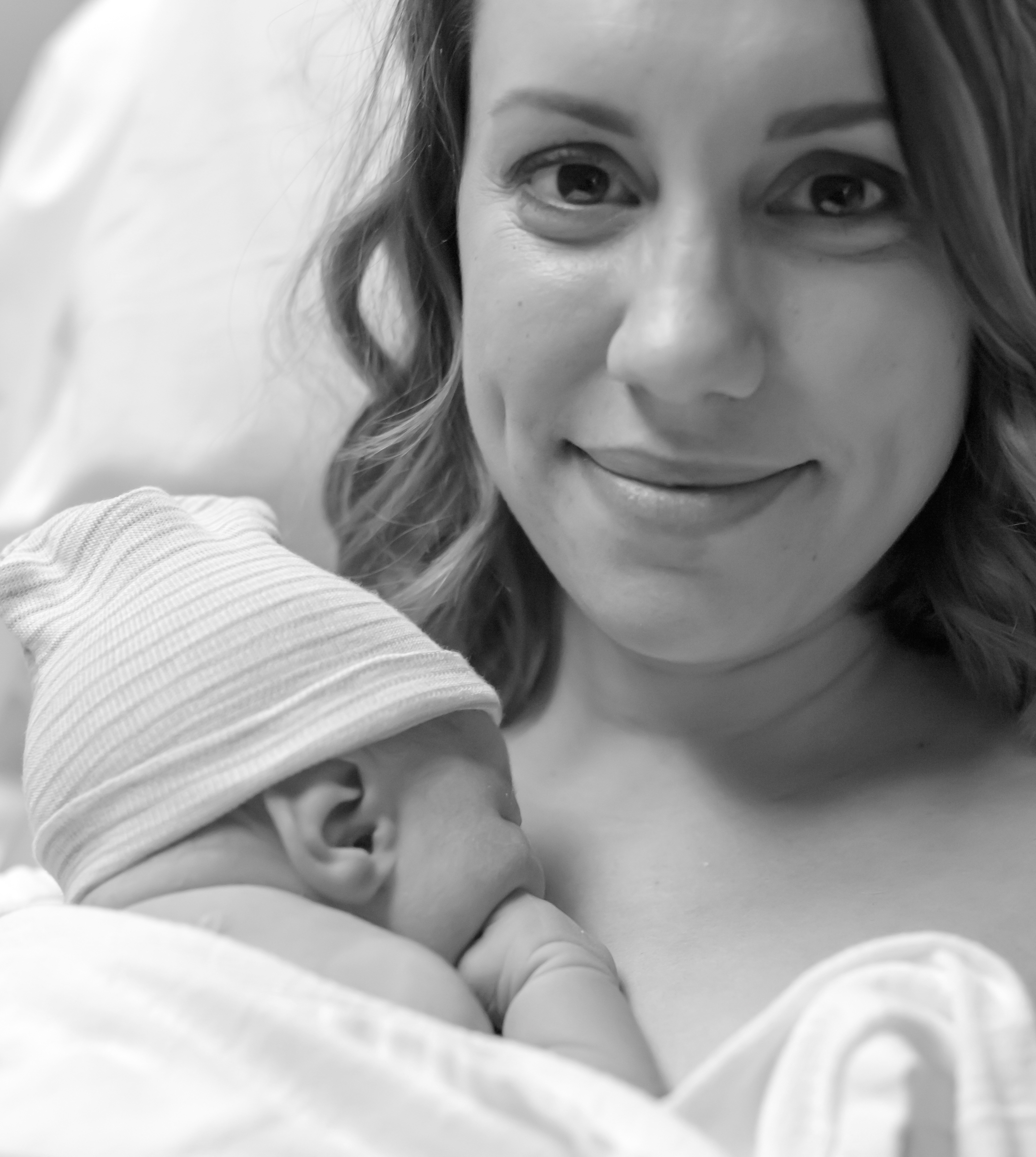 April Teel shares with Adriana how her thoughtful preparation set the stage for her to have wonderful birth experiences at both a freestanding birth center (with a midwife) and a hospital (with a family practice doctor). She reflects on how what surprised her the most... 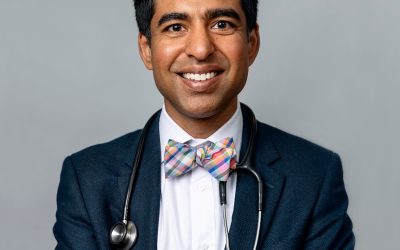 Cesarean Risk: What’s Your Place of Birth Got to Do With It?

Cesarean rates have increased 500% in one generation, and about half of them may be unnecessary. Harvard Medical School professor and ACOG Fellow Dr. Neel Shah talks with Adriana about how the hospital you choose can be your #1 risk of having a surgical birth, how we...