Even though it it’s still snowing in this part of the world, spring is just around the corner. Longer days also mean Daylight Savings Time changes, and that can certainly wreak havoc with your child’s sleeping patterns. Here’s some ways you can prepare and minimize the effects.

This coming Sunday, March 13th, you will wake up having to turn your clocks forward one hour.

Newborns and younger babies who don’t have a well-established biological clock probably won’t be affected by the time change, but older babies, toddler and children are more likely to be thrown off by the drastic switch.

If you have a particularly early riser, take advantage of this clock change! When the clock springs forward, the usual 6 a.m. will be 7 a.m. Let them sleep “in”, and make their bedtime one hour later according to the clock. So if your child had a bedtime of 6 p.m., then switch it with the clock to 7 p.m. Biologically, they won’t know the difference, but according to the clock they will no longer be waking so early. Win-win.

Here are 4 ways you can help your child (or children) adjust to the time change: [Image description: a chart with a light purple-pink background that says “Ready to spring forward?” in bold dark green text at the top, with “To minimizes sleep troubles when the time changes below it,” above dates THU 3/10, FRI, 3/11, and SAT 3/12 listed in dark purple-pink to the left of columns that say “usual wakeup,” “usual naps,” and “usual bedtime,” demonstrating that each day sleep times are moved 15 minutes earlier until cumulatively by Sunday 3/13, a 60-minute shift will have occurred to match the time change, affirmed by white text in a dark purple-pink banner along the bottom that says “SUN 3/13 adjust the clocks: you’re back on track!” next to a yellow-green circle text bubble that notes “March 13th is the time to “Spring Forward,” all above the dark green Birthful logo and dark green text that says “Learn more at Birthful.com”]

Starting three days before DST starts, move your child’s bedtime up about 15 minutes. If you have a daily routine in place, adjust your wake-up time and nap times that day as well. Continue to shift everything 15 minutes earlier every day, until you’ve adjusted it by 60 minutes. This way, you will have shifted your baby’s schedule to one hour earlier by the time you have to move your clock forward one hour. Voilà! You’ll be back in sync when the time changes.

If you’d rather make adjustments after DST has begun, you’ll probably find that your child will wake up one hour “later” on Sunday (based on the clock). From that moment on, shift your child’s nap and bedtimes to about 45 minutes later than their regular schedule. The next day, make it 30 minutes later, 15 minutes later the third day, and “on time” for the final day. If your feel your child will need more time to adjust, you can adjust the timing in 10-minute increments, knowing that you won’t be “on time” for about a week. If you feel your child will adjust more easily, then do 20-minute increments, and you’ll be done in about 3 days. This method is a bit rougher than the previous one, because the first time interval is a much longer leap and you’ll be waking up about an hour later on Sunday.
For example, if your child has a 7 p.m. bedtime, and you want to adjust in 15-minute increments, do the following:

This approach involves following your child’s schedule based on the clock. Following the clock change, you switch your child “cold turkey” to the new time. This is a bit harder on everyone, and works best for children that are very adaptable to changes and are not hugely affected by being overtired. For a few days your child may be a mess, so be mindful that you may need to adjust nap times and bedtimes a bit anyway until your baby settles into the new routine.

Of course, there’s always the option of just rolling with the change. If your newborn doesn’t have a strong circadian rhythm (their body can’t yet tell between night and day), or your child doesn’t have a regular bedtime or consistent timing for naps, then your life won’t be much affected by the time change. Continue as you were! Curious to read more about this mindset? Listen to our episode Can You Let Your Baby Sleep Whenever They Want? with Dr. Pamela Douglas of Possums & Co. 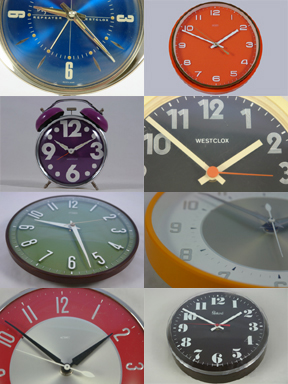 Get Ready to Fall Back!

Your Child's Sleep and Daylight Savings Time by Adriana Lozada When trying to figure out your child's sleep patterns, there's always something to keep you on your toes: teething, colds, growth spurts, developmental milestones... and then there's Daylight Savings Time...

Get Ready to Fall Back!